When it comes to microphones, there’s a multitude of choice available for performing and recording musicians, but high quality doesn’t have to mean big bucks. One company really pioneering this ethos is Australian manufacturer Rode.

Rode make excellent, world-renowned products at highly competitive prices used and you’ll find them in literally thousands of home and pro studios all over the world.

In our review of the best microphone for recording vocals, the Rode NT1 came out top of the pile. In this article, we’re going to explain in detail how we arrived at this decision. We’ve opted to review the NT1KIT which we believe is great value as it includes some really nice extras.

So if you’re sitting on the fence regarding your next microphone purchase, read on to see why the Rode NT1 is a great choice. Strapped for time? See today’s price on Amazon for the Rode NT1KIT.

Rode’s original NT1 was released waaayyy back in 1997, closely followed by the introduction of its similarly legendary sibling, the NT1A a few years later.

In 2013, the NT1 underwent a serious re-design from the ground up. Although it still looked very similar to the NT1A, appearances can be deceiving. In fact, the only common component with the NT1A was the mesh grille. Everything else was changed.

Back to real-time. In summary, the Rode NT is a 1” diaphragm, cardioid polar pattern condenser microphone which means sound is picked up from the front and sides and rejected from the rear. It’ll require 24-48V of phantom power to work (most decent audio interfaces will provide the juice) and you’ll need an XLR cable to connect it to said interface. Unfortunately, this isn’t provided with the kit.

And this thing is solid. Really solid. It’s clear that a lot of engineering has gone into the manufacturing of this microphone.

Weighing in at a tad under 1lb (440g) and constructed from 6061 aluminum, the microphone body is nickel-plated for resistance against corrosion and then coated with a durable, hardwearing, military-grade ceramic scratch-resistant layer. It feels substantial and reassuringly high quality.

The NT1 has a wide 20hz – 20kHz frequency response and, according to the specs, a maximum SPL of 132dB. SPL is an abbreviation for Sound Pressure Level – or put another way, it’s how much sound you can throw at it before distortion kicks in. The NT1, despite being a condenser microphone is no slouch in this department.

To its thousands of fans around the globe however, the piece de resistance of the NT1 from a performance viewpoint is its flat, warm, natural frequency curve. Unlike many other mics in this space – including the NT1A – there’s virtually no coloration of sound resulting in a highly accurate recording of the original source.

The bass response is warm, the mid-range detailed and the upper frequencies silky – without being harsh or over-emphasized.

With just 4.5dBA of self-noise, the Rode NT1 is insanely quiet – in fact, it’s one of the quietest in its class. This is good news; there’s little more irritating in the middle of a recording session than a piece of equipment that you’re continually having to suppress or gate because it’s too noisy. No worries in this department with the NT1.

With this in mind, we’d certainly recommend some kind of soundproofing in your recording space. The NT1 is a sensitive soul and will pick up no end of ambient noise so it makes sense to keep background noise to an absolute minimum.  Rowdy fans, cacophonous air conditioning units and rambunctious dogs are to be avoided at all costs!

By definition, condenser microphones are more delicate than their dynamic counterparts. A case in point is the Shure SM58 which is virtually bulletproof and designed to withstand the rigors of live stage use and generally being manhandled on a regular basis.

Aside from the more complex electronics that differentiate a condenser from a dynamic, the inner workings of a condenser mic also contain additional active circuitry to allow the electrical output of the element to be used with typical microphone inputs.

Hence the reason why all condenser mics are powered – either via batteries or phantom power.

But irrespective of type, all microphones need to exhibit stability – otherwise they’d fall apart every time they were used. On the NT1, Rode has pulled out all the stops here by using Rycote’s industry-leading Lyre system to ‘suspend’ the transducer inside the microphone body.

This is definitely a most welcome and desirable addition. The Rycote system is extremely effective at both minimizing external vibrations at capsule level and protecting the delicate electronics inside.

Rode offers some of the best warranties in the business. You’ll get one year from purchase as a matter of course but this can be extended up to 10 years providing the purchase was made from an authorized dealer.

All you need to do is register the details of the purchase on this form (https://www.rode.com/warranty/step1) and provided you haven’t thrown it out of the window, poured a cup of coffee over it or used it to bang in a nail, you should be covered for up to 10 years.

The Rode NT1 is great value for money but the cost definitely isn’t small change. The extended warranty program gives you the peace of mind that your investment is protected for many years to come.

In for a shock

We’ve seen how the fragile components of the NT1 are protected internally through the Rycote Lyre suspension system, but with the NT1 KIT, Rode takes its relationship with the audio equipment shock protection specialist a stage further.

And that’s because the KIT version of the microphone comes complete with Rode’s SMR shockmount which offers premium shock protection and maximum isolation against bangs, knocks and vibrations.

Manufactured from engineering grade reinforced polymer, Rode has taken the Rycote lyre suspension system used inside the NT1 to the next level by incorporating a unique double lyre arrangement based on the inclusion of a smaller inner lyre to act as a tensioning element.

This basically introduces more stability, maintaining each lyre in the neutral position where it is most efficient at canceling vibration. Vibration forces are distributed around the outer frame via the wide mounting rails.

But that’s not all. The SMR shockmount also houses the all-metal popshield that is also supplied with the KIT version of the NT1. Based on two spaced layers of fine metal mesh, the pop screen clips securely in just the right position relative to the mic, making it more practical than gooseneck-type supports.

As well as being an effective popshield – minimizing sibilance and plosive ‘s’ and ‘p’ sounds – it also helps over-enthusiastic vocalists keep a uniform distance from the mic.  And, being all-metal, it certainly looks the part. A locking base nut is also included.

Definitely don’t underestimate the inclusion of the SMR shockmount in this package. Separately it would set you back $99 and at 260g it’s a substantial beast that will keep unwanted vibration to a minimum.

But how does it sound?

Well, it sounds very good actually, but don’t just take our word for it – check out renowned studio producer and musician Warren Huart give his opinions on the Rode NT1. As you’ll see, he knocks up a pretty impressive vocal/acoustic guitar ditty in just a couple of minutes.

When people describe the sound of the Rode NT1, words that are often used are ‘true’ ‘almost vintage’ and ‘honest’. These narratives basically sum of what this microphone is – it’s a case of you get out exactly what you put in.

And it’s the NT1’s frequency curve that provides this clarity. Apart from a slight roll-off in the very low frequencies around 20Hz, it’s pretty much flat all the way up to 4kHz. Then there’s a small boost up to 10kHz before it rolls off in the upper frequencies up to 20kHz.

This is why the NT1 is regarded as a great vocal mic. It provides a crisp and detailed output will plenty of low-end warmth and an airy quality at the top end without the merest hint of harshness. That’s the point; nothing is exaggerated, particularly in the mid-frequency ranges and if you need to make a tweak, it’s nothing that a dollop of EQ won’t fix.

With this in mind, we reckon the NT1 would sound good on just about anything – even amplified electric guitar, but it really shines on vocals and acoustic guitar. The mid-range clarity really helps vocals sit well in the mix.

There are definite advantages opting for the Rode NT1KIT package simply because of the excellent goodies that come bundled.

This is what you get: the Rode NT1 microphone; the SMR premium shockmount; a microphone dust cover; and the integrated all-metal popshield. The only thing missing is an XLR cable thrown in for good measure – but we’re being pedantic.

While this review focuses almost entirely on the Rode NT1, inevitable comparisons with its sibling, the NT1A have been drawn for years so let’s put the record straight.

Appearance-wise, the two are almost identical but the NT1 is heavier. From a sound perspective, both are excellent products but there are some technical differences.

We could blind you with specifications about the two microphones but probably the most important difference between the NT1 and NT1A is the frequency response curve.

Both variants offer a 20Hz – 20kHz frequency range but whereas the NT1 is relatively flat across the curve, the NT1A is recessed below 100Hz and boosted 3.5kHz, 5 – 10kHz and then again in the upper reaches 12 – 15kHz.

What does this mean? Well, the NT1A is noticeably brighter sounding than the NT1. To our ears, the boosted top end of the NT1A makes acoustic guitars and mic’d up electric guitar sound bright and more ‘in your face’ than the NT1.

But personally we prefer the warmer, flatter, more natural sound of the NT1. The NT1A can sound harsh in those upper frequencies – particularly on female vocals. We’d rather have a more ‘honest’ sound that you can tweak with EQ.

Being a condenser, the NT1 will most likely be used in recording environments and in those circumstances you’ll appreciate its smoother, more natural sound particularly on vocals. With a noise floor of 4.5dBA, it’s staggeringly quiet

The NT1 is more expensive but it’s worth the extra bucks – especially the kit version. Head on over to Amazon for the latest pricing details.

Rode knows a thing or two about designing and manufacturing cost-effective, high-quality products. This is just a great all-round cardioid condenser microphone that excels on vocals and acoustic guitar but also sounds at home on electric guitars and even drums. If your finances can only stretch to investing in one microphone, then the Rode NT1, in terms of quality and bang for buck, won’t let you down.

Its neutral frequency curve and sound means more compatibility with a wider range of applications and when you throw in the shockmount and popshield, this is just about as good as it gets for the money. Highly recommended.

Take a look at today’s pricing for the Rode NT1KIT on Amazon. 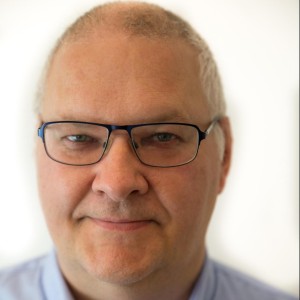 Dave Tudor has been a musician for 40 years. He plays guitar, bass, keyboards (badly) and records his own music in his home studio.
All Posts »

Disclaimer: makingmusicpro.com is reader supported. When you buy through links on our site, we may earn an affiliate commission.

Scroll back to top